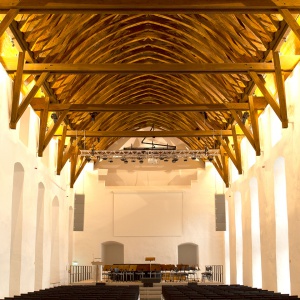 There will be a bus transfer from Munich airport to Straubing and vice versa to make the travel as convenient as possible. 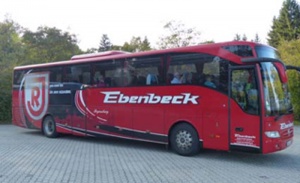 The bus will start form Terminal 2 at 7.30 pm. To come to the meeting point you have to leave Terminal 2 at the airport towards the direction of Bus and Taxi stations. There you will find the central bus station of Terminal 2.

The bus company is named Ebenbeck, so you should look for a bus similar to this one, which will have a visible logo of the ESBP 2019 in the window. The bus driver has a list with your names, so we will make sure that we collect all of you. On the list are also mentioned the destination of your hotel. So, you will be carried directly in front of the hotel.

For participants at the ESBP 2019, we have a limited contingent with special rates. For reservation, please use the code word “ESBP2019”.

Rooms in ASAM only available from 25th of September

We are working on a fair priced accommodation opportunity for doctoral and graduates students!

The early visitors, the first “tourists” of the 19th century were enthusiastic about the beauty of Straubing. The town’s position on the Danube, the vast town square full of colourful live, the varied churches and historical monuments fascinate visitors even today. Let yourself be charmed by the flair of the old ducal town on the Danube, immerse yourself in the relaxed Bavarian atmosphere of life and embark on a journey of discovery in the centuries-old history of Straubing.

Idyllically situated on the river Danube – between Regensburg and Passau – and in the vicinity of the Bavarian Forest, Straubing receives its visitors with an impressive urban silhouette.

It is a fact that Straubing’s history started more than 2000 years ago, traces of the first human settlements even date back to almost 8000 years. Around two centuries B.C. the Celts settled in the fertile plain of the Danube, a region which is called „Gäuboden“. They were followed by the Romans and by the early Bavarians.

They all left their marks, for example golden coins, magnificent Roman armours and elegant Bavarian jewellery. Visitors can admire all these finds in the Gäuboden Museum.

Since the 13th century urban life mainly takes place in the medieval town centre around the two squares Ludwigsplatz and Theresienplatz. Here beats the heart of Straubing, here meet locals and visitors for strolling through the town, for shopping and having a chat. The river Danube whose beautiful shore paths invite for walks and bicycle tours is at only a few minutes walking distance from the town centre as well.

In addition to history and tradition Straubing offers lots of attractive events, such as the popular beer festival „Gäubodenfest“ – the second-largest popular beer festival in Bavaria – and “bluetone – The Music Festival on the Danube” which attracts world stars like Nigel Kennedy and Joe Cocker on the Danube or the international music festival Bluval. It doesn’t matter whether you are interested in history, tradition, way of life or festive mood: Straubing has many faces and diversity is our program.

This website uses cookies to improve your experience while you navigate through the website. Out of these, the cookies that are categorized as necessary are stored on your browser as they are essential for the working of basic functionalities of the website. We also use third-party cookies that help us analyze and understand how you use this website. These cookies will be stored in your browser only with your consent. You also have the option to opt-out of these cookies. But opting out of some of these cookies may affect your browsing experience.
Necessary immer aktiv
Necessary cookies are absolutely essential for the website to function properly. This category only includes cookies that ensures basic functionalities and security features of the website. These cookies do not store any personal information.
Non-necessary
Any cookies that may not be particularly necessary for the website to function and is used specifically to collect user personal data via analytics, ads, other embedded contents are termed as non-necessary cookies. It is mandatory to procure user consent prior to running these cookies on your website.
SPEICHERN & AKZEPTIEREN